Home
Miscellaneous
What Is Geometric Painting?

One of the most unique styles of art developed throughout the centuries is geometric painting. This form of abstract art is unique in not only its execution but history and perspective as well. It’s a style that is well worth a dive into not only what it is but what it represents as well. 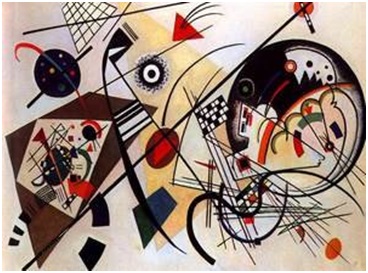 Geometric painting is a term that is fairly self-defining. Rather than painting things literally, geometric paintings break down their muse into basic geometric forms. This often ends in avant-garde paintings that aren’t directly representational of the subject matter they are displaying.

This avant-garde style has earned geometric design a place in the overarching category of abstract art. Most of the paintings found in this category are open to interpretation and give viewers an interesting insight into how the artist sees the world that isn’t always available in detail-specific recreations of an image.

Abstract art has been around since around the early 1900s with heavy roots in the Western world’s art scene. However, the title of “abstract art” quickly splintered into separate schools of thought which is no surprise in a genre that is rooted in seeing things differently had fundamentally different approaches to abstractionism.

The first camp was gestural abstractionists. These paintings tend to look generally like the subject matter the artists are trying to capture without the picture-perfect captures of eras such as the Renaissance. Artists in this category were often heavily influenced by movements such as Post-Impressionism.

The second camp, and the focal point today, is geometric art. This category relied on Euclidean geometric shapes to get their concept across to viewers rather than using blurred lines or poorly defined shapes to create a larger image.

This school of thought took less inspiration from Post-Impressionists and rather opted to follow in the footsteps of Cubism and Futurism. These two styles opted more for sharp lines and angles with a further step away from the direct and easily recognized artistry compared to the real-life muse.

Some artists did vary between these two trains of thought rather than sticking strictly to one or the other. One of the best examples of this was Russian artist Wassily Kandinsky. He heavily helped to popularize geometric art before his style began to lean more towards gestural abstractionism later in his life.

While Kandinsky is highly credited with helping to popularize the geometric abstractionism movement, it is Kazimer Malevich that is often considered the forefather of the scene.

His work began in 1915 and many of his paintings feature simple designs with bold black shapes on stark white canvases. In fact, one of his most famous paintings is a simple monochromatic design of a white square on a white canvas in 1919. He also coined the term “Suprematism” which became important to the movement.

Suprematism was a term used by Malevich to combat the dry persona that geometric art is often misinterpreted to have. With this term, he argued that geometry could be used to share with viewers “the primacy and pure feeling in creative art.”

This concept strongly argued something that wasn’t always seen at the time or even now: geometric art isn’t uncreative or limited because artists often choose to express themselves in simpler designs. Just because the painting doesn’t feature photorealism or details that are easily recognized as technically challenging doesn’t mean that it lacks substance or depth.

While popularized in the early 20th century, signs of its existence date by thousands of years. After all, it wasn’t the first time that simplistic imagery has been used to demonstrate a greater concept.

One of the primary examples of geometric abstractionism well before the 20th century was in Islamic art. In this religion, it’s prohibited to create or display depictions of religious figures. As a workaround for this blaspheme, the artists in the culture often used abstract geometric shapes as representations for what couldn’t be literally depicted, especially in pieces that connected religion and science. Evidence of this can be seen as early as the 7th century.

Of course, this is far from the only example of such representation. Many cultures over the centuries have relied on simple geometric motifs to symbolize greater concepts. It’s often seen in situations where a literal image isn’t available and the art is meant to capture the energy of an overarching concept instead.

Geometric painting is an age-old practice that offers a distinctly unique perspective on the world. It shows it not only in an artistic form but in a form so unique that it gives us the chance to see the abstract view that the artist sees their muse with. All in all, it’s a movement with plenty of potential and many impressive pieces. 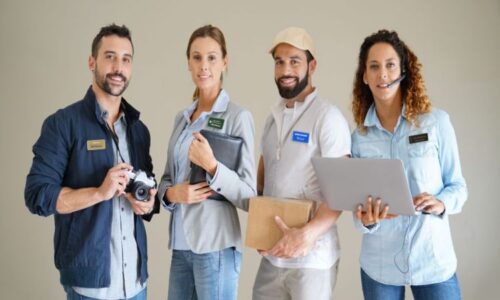 Influence of Name Tags in The Corporate Sector 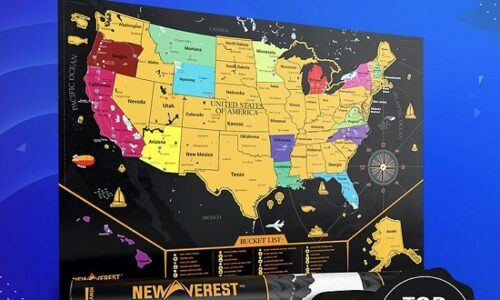 Newverest and Their Scratch Map Better Than the Rest